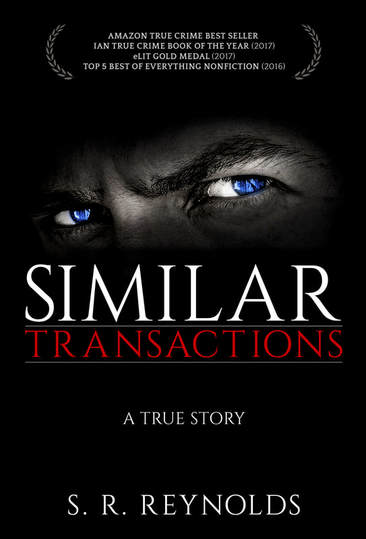 The author sets out to explore the unsolved murder of a teenage girl from her old neighborhood, picks up the cold trail of a serial rapist and his other victims and finds herself caught up in a real-life drama.

​KNOXVILLE, TN – There are plenty of unexpected twists and gripping turns in Similar Transactions by S. R. Reynolds, a 400-page, two-book volume—a true story with eight known victims and one set of skeletal remains.

Rebecca R., in a recent comment on Amazon.com, aptly summarized Similar Transactions: "This real life murder mystery…evolved as the author continued to research the disappearance of a 15-year-old girl in Knoxville, Tennessee. A fascinating... chilling...account of these events and a researcher's determination that the killer is found and held accountable. I could feel the fear of the victims, the frustration of the investigators…"

Author and psychotherapist Sasha Reynolds has never forgotten the mishandled case of fifteen-year-old Michelle Anderson, a vibrant beauty who went missing from Reynolds’s Knoxville, Tennessee, neighborhood in 1987. Fast-forward to 2007—Guntersville, Alabama. Reynolds unexpectedly runs into her old professor, Dr. William Bass, founder of the University of Tennessee's Body  Farm. He remembers the case and sends her his file. Reynolds gets involved as a private citizen and starts her own investigation into the disappearance and death of Michelle Anderson and uncovers a string of rapes across the South. The trail leads to convicted serial rapist Larry Lee Smith. 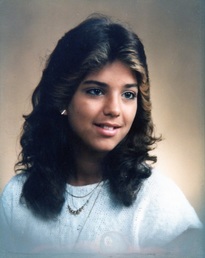 Michelle Denise Anderson went missing on January 10, 1987
“The case of this teenage girl who disappeared from my old neighborhood twenty years before haunted me through the years,” Reynolds says. “It was Michelle's disappearance which led to the writing of Similar Transactions. A series of synchronistic events allowed me to walk back into the cold case. What unfolded  from there was nothing short of amazing.”

​As a result of Ms. Reynolds’ efforts, the Knoxville Police Department reopens the cold case of Michelle Anderson’s disappearance, but Larry Lee is about to be released from a Georgia prison, for a related crime—a  similar transaction.
​
Does he emerge from prison a changed man? Are the young women of Knoxville safe? Can Larry Lee control his deviant fantasies or will this monster strike again?

Feedback from police and FBI personnel involved with the story:

Congrats on your achievement — it takes a lot of perseverance... Without your efforts, Larry would have done more violent crimes.
Grey Steed, Special Investigator, FBI, retired

Just want to say, you did great! The cover is great and the content is well written. Please continue writing. You have made a good entrance into the literary world. Looking forward to hearing more from you. I like the way you contributed so much to the case yourself. You lived it as much as I did. Thank you so much. I'll not forget you.
Randy York, Homicide Investigator, retired, Knoxville Police Department

Congratulations Sasha!  What an amazing accomplishment.  I’m so glad that Michelle and her case will now be immortalized.
Joseph DeVuono, Special Investigator, FBI, retired

Just finished the book while sitting in the Miami airport. Well done! I enjoyed it.
Doug Stiles, Lieutenant, Crimes Against Persons, Knoxville Police Department
﻿Similar Transactions is available in paperback, eBook, and audiobook on Amazon.com

SASHA REYNOLDS was born and raised in Frederick, Maryland, and lived for many years in Knoxville, Tennessee.  She now resides with her husband in North Alabama.

​Non-Fiction bloggers, professional organizations in areas of social work, forensic science, criminal justice, and book reviewers may request an eBook or hard copy of Similar Transactions by submitting your request below. Please include your Web URL with your request.

​To personally contact the author, please send an email to reynoldssr51@gmail.com